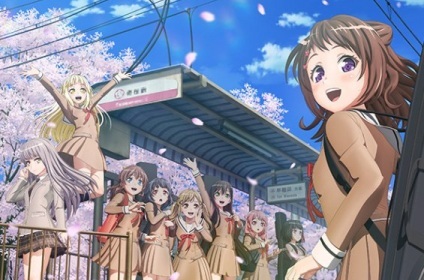 The second season of BanG Dream!

Not gonna life, I’m pretty excited to see BanG Dream! back with another season (and the 3rd season has already been greenlit!). But as I feared, BanG Dream! has done a complete switch over to CGI (3D Animation). While this isn’t all bad as the performance look a lot better than they did in the first season. The frame rates are what really get me, the choppiness of the animation because of the CGI is unpleasant, to say the least. Also looks like this season will be focusing on a new potential band! We’re introduced to Asahi, who is a first-year and works part-time at the all-new Galaxy music venue.

While I do enjoy BanG Dream! and all of its characters and music, it’s hard to get into a show that is all CGI. The choppy animation along with no introduction to the other bands makes for a somewhat confusing story. If you want to get into BanG Dream! you’ll have to watch the first season (My Review here) and also play the Mobile Game to understand the entire story.