Boku no Hero Academia the Movie: Futari no Hero [Review] 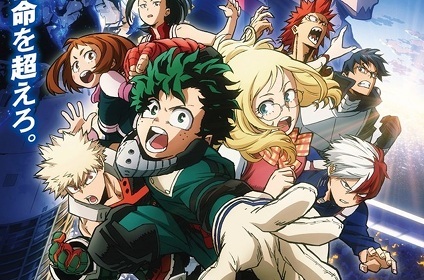 Boku no Hero Academia the Movie: Futari no Hero, despite having some mistakes here and there on certain story elements and art, is a fantastic movie. An original story is tough to pull off as it is but to also tie it back to the source material and still make it engaging is a challenge and a risk. That risk paid off as Boku no Hero the Movie was a huge success and is wonderful to watch.

END_OF_DOCUMENT_TOKEN_TO_BE_REPLACED

“One day, a four-year-old boy came to a sudden realization: the world is not fair. Eighty percent of the world’s population wield special abilities, known as “quirks,” which have given many the power to make their childhood dreams of becoming a superhero a reality. Unfortunately, Izuku Midoriya was one of the few born without a quirk, suffering from discrimination because