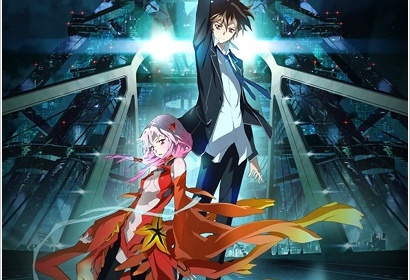 I jumped into this one expecting another Zetsuen no Tempest and I was sorta let down. Although the character designs were fantastic and animations for the fight scenes with the void extracting was very well done the fact that the characters themselves had so little development throughout the whole series it was hard to really get into the story. I would have love to see why and how the other member of the Funeral Parlor joined with Gai, what made Gai such a strong leader, How did Ayase and Tsugumi join and how did Ayase get disabled and get put in a wheel chair? SOOOOO many things could’ve helped the anime really grasp the audience and make you fall in love with these characters but no effort was made to do so. This is very immediate in the beginning of the series, to me the first half felt really rushed Shu (our main character) is going through his boring life and then BAM he gets driven right into the heart of the main conflict, there’s not a gradual build to him joining into the battle at all. Even though I’m saying all of these bad things about Guilty Crown, I REALLY ENJOYED watching it. Especially in the second half of the series, when our main characters are put in a very tough situation, what the anime did very well was show the ugly side of humans, what kind of disgusting creature they can become when cornered. It’s enough to invoke raw emotion (I got so mad at the stupid logic of the characters that I had to stop watching it for a bit.) Betrayal, resentment, fear, greed, regret, all those emotions are put forth and it can ruin a man, pushing him to do god knows what. Another thing that was very successful was the music, DEAR GOD THE MUSIC IS BY FAR ONE OF THE BEST OPs, EDs, AND OSTs I’VE EVER HEARD. It could also be biased since Sawano Hiroyuki is my favorite composer…It’s just great from the timing of the music in the anime and even the use of the music in the story and how it can compress or increase the virus that surrounds the city. I can see why everyone likes Inori but honestly I prefer Ayase the best, being very strong willed and OP AF despite being in a wheel chair. The rating would have been a 7/10 had it not been for the music and Ayase they were enough to boost it up one more point lol. I really wished Guilty Crown would have aired as a 4 cour anime, with 44 episodes instead of 22 episodes. I think if Production IG had done that, instead we could’ve gotten that good character development.