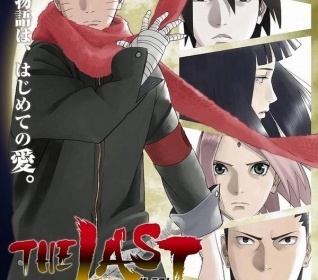 YES FINALLY AFTER MONTHS AND MONTHS OF WAITING A GOOD QUALITY SUBBED VERSION WAS RELEASED AND I WAS ABLE TO WATCH IT!! Words cannot describe my excitement throughout the entire movie. Seeing all the characters with their adult character designs and animated is just so satisfying in it’s own right, but add the back story between Hinata’s and Naruto’s relationship and BOOM we already have a masterpiece. I’ve been a NaruHina fan since the original series so to be able to finally see the SHIP FUCKING SAIL INTO THE NEVER ENDING SUNSET, YOU BET YOUR ASS I WAS HAPPY WITH THE ENDING. Ok enough of my Fanboying…. there were some issues that I had with the movie. It was mainly the Antagonist and the overall story in general, though I do like the character design of Antag-Kun, I feel like there wasn’t enough backstory for him, he just kinda shows up you know? (although this IS NOT that bad at all, given that’s a only a 1 and a half hour long movie I doubt they really had time put any more material in). And the whole story development around Hinata being a the “Byakugan Princess” was kind of random as well, but hey like I said earlier it’s only a 90ish minute movie. And that’s why it’s a 10/10, because of time constraints the story is almost guaranteed to be rushed or have loop holes, so I think the movie itself was well put together. And for those of you that are going to watch the movie, STICK AROUND UNTIL THE AFTER CREDIT BECAUSE IT’S WORTH IT TRUUUUUUST MEEEEE