Tales of Zestiria the X [Review] 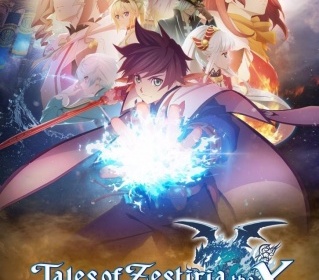 “Sorey is a human youth who grew up among the “seraphim” (tenzoku), spiritual beings invisible to human eyes. He believes in the folklore that every human was able to see the seraphim long ago and dreams of unraveling the ancient mystery to make the world a place where people and seraphim can live together in peace. During a visit to the human capital, he becomes embroiled in an incident during which he pulls out a holy sword embedded in a rock and ends up becoming the “Shepherd,” one who casts away calamity from the world.” -ANN
I’ve been a fan of the Tales of series since the day I picked up Tales of Symphonia during Black Friday! Tales of Zestiria is more of the recent to be released and it’s one of my favorites!
————————————————————————-
Story:
Normally what happens in anime adaptations is that they try to include every important aspect of the game and present it in an anime format. Usually, this doesn’t work, but it’s ufotable we’re talking about here. Instead of doing what I mentioned before, ufotable takes another approach to the adaptation. Tales of Zestiria the X follows the game’s core storyline but in its own way. The story is essentially the same, however; there are actions in the anime that were taken in the game. It’s like the anime is set in a parallel universe with slight differences here and there. And that makes the anime much more interesting and worth watching. There is also a darker twist in the anime, where death and bloodlust are much more prominent than it was in the game. Another great thing is that it fills in some missed moments, like how did Alisha end up in the ruins? The anime does a great job at connecting the dots that were seemingly floating in the air when playing the game, by itself.
Artwork & Animation:
ufotable proves once again why they are the top dog in the anime industry right now. With excellent use of both 3D and 2D artwork seamlessly working together in a harmonious display of beautiful animated landscape and fight scenes, it’s hard to see why they aren’t. The character designs stay true to the game, which is a given since they animated the cutscenes in the game, and the background landscapes are breathtaking.
Character(s):
With the anime adaptation, we get to see a lot more of Alisha and a little bit of Rose. And how they were prior to meeting Sorey. Most of the development is covered in the game, Sorey’s understanding of malevolence is one of the most powerful things about the story.
Sound (OST & Voice Acting):
New theme songs for the anime and some reused songs from the soundtrack of the game, was a great mixture of nostalgia and excitement. The opening theme by FLOW was unexpected but energizing nonetheless.
Enjoyment:
To see my favorite characters get animated, and by ufotable no less, was an exciting moment. And with a story that slightly differs from the game, it makes the path to the end goal unpredictable.
Overall: Score 10
With beautiful, jaw dropping artwork and animation, as well as a story that’s like the game but with a darker twist, Tales of Zestiria the X is a worthy anime adaptation that all fans, both of the game and of anime, should watch!