“Urashima is an island far from the mainland. The people who live there lead carefree lives. But five years ago, the island’s three great families suffered a series of misfortunes, and succumbed to suspicion. The people of the island cut off all contact with the mainland, and began a slow decline. One day, a young man named Setsuna washes ashore claiming to be a time-traveler and suffering from amnesia. He meets three local girls: Sara, Rinne, and Karen. Their meeting will change the course of the island’s fate.” -Anime News Network

Story:
Island started off very well with this very dark mystery aspect and builds up well throughout the show. The amnesia part was cliché but the hints and foreshadowing through the first half of the show was captivating and really makes you think. The second half does get messy towards the end, resulting in a bittersweet ending. The back to back plot twists had me thrown for a loop, trying to go back and understand what exactly happened and still being utterly confused. Now with that all said and done, let’s remember that the source material is a visual novel. The idea of the world resetting over and over again works very well with the mechanics of a visual novel. While the trend of squeezing 40-50 hours of storytelling into a mere 12 episodes doesn’t work, it’s a much better attempt than others.
Artwork & Animation:
The art is fairly simple and straightforward, nothing that really catches the eye but nothing awful either. The character designs are very cute and based off of the original Visual Novel.
Character(s):
Setsuna and Rinne are the main dishes in this hodgepodge of characters. Karen and Sara are side dishes but are important as well, while everyone else basically stays as background character only getting in very simple dialogues every so often. There is a lack of attention to the side characters, even without their dialogue and presence the story would’ve still made a complete story.
Sound (OST & Voice Acting):
Great use of songs to signify a change in time, when Setsuna was on the “Modern” Island “Eien no Hitotsu” 永遠のひとつ; Eternal One by Yukari Tamura played but when he was in the stone age era “Closing tears” also by Yukari Tamura played. Both songs set the atmosphere very well. There were a few insert songs that were very captivating as well, such as “Lasting Memories” again by Yukari Tamura (eps 1,3,11,12).
Enjoyment:
Island had me going there for most of the show but the ending left too many questions and was unsatisfying. Though it has gotten me interesting in the visual novel, so I’ll most likely go and take a shot at it.
Overall: Score 6
Based off of a Visual Novel, Island is a mystery Sci-fi that will have you asking “what did I just watch” by the last episode. Even with a good soundtrack and solid character designs, the compressed and somewhat rushed ending will leave you feeling unsatisfied and needing to play the original source material.
Best Girl: O’hara Kuon
A silent shut-in mom that wears a jacket with cute animal ears on the front and speaks only through handwritten notes? SIGN ME UP! While Kuon does get a limited amount of screen time but when she does, she always makes an impact whether it’s her urging Setsuna on, the ominous look on her face, or the mysterious atmosphere, in general, that surrounds her. (Sorry no gif on this post… I couldn’t find one…) 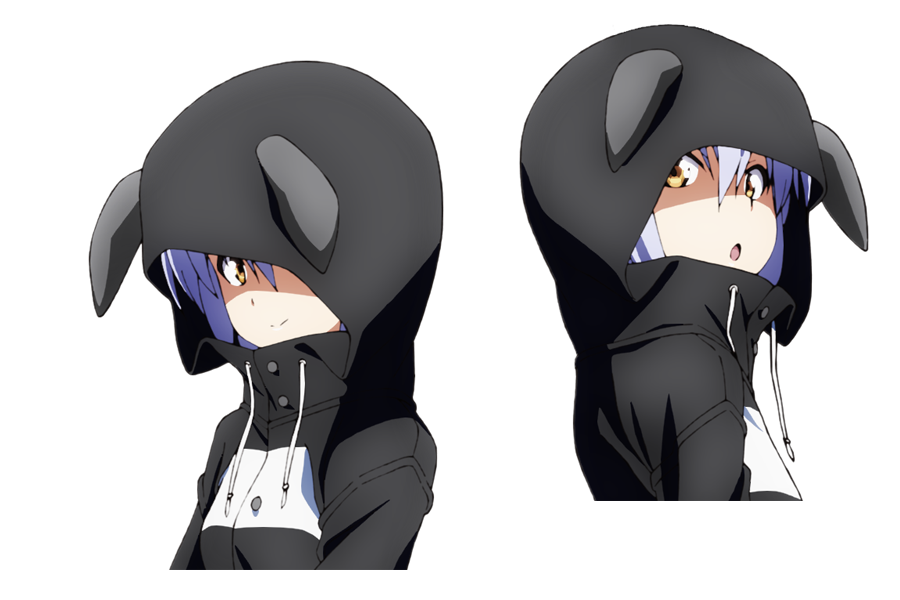 What did you guys think of Island? Let me know in the comments below!