“Shiina Aki is constantly being treated like a girl due to his feminine looks so he decides to move to Tokyo to attend middle school in an attempt to change himself. However what awaits him in his new home, Sunohara-sou, is the kind-hearted caretaker, Sunohara Ayaka. Along with the three female members of Aki’s new middle school’s student council, Yukimoto Yuzu, Yamanashi Sumire, and Kazami Yuri. And so begins Aki’s new life in Tokyo living with four girls.” -ANN

Story:
This new slice of life comedy was everything that I wanted and more! The peaceful yet chaotic life of Shiina Aki is quite charming. While there are some, for a lack of a better word, “suggestive” themes, the ecchi side of Sunohara sou no Kanrinin-san adds to the humor of the show itself rather than demoralize it and the characters.
Artwork & Animation:
I still can’t get over how cute the character design is for the entire show. The color palette had a wide range giving it the overall art more depth and interest. The animation is your typical animation, nothing that really catches the eye, except for the opening theme! I thought the opening theme captured the vibe of the show in its entirety.
Character(s):
There isn’t that much character development that takes place in Sunohara-sou no Kanrinin-san but with each episode that airs, it’s easy to see how big of an impact that Kanrinin-san has on the students that live in the Sunohara-sou. With a simple story like this, the characters are the ones to make the show shine and Sunohara-sou no Kanrinin-san does an incredible job of keeping characters relevant and interesting.
Sound (OST & Voice Acting):
The soundtrack has a nostalgic and warm feeling to it, using a lot of string instruments as the main melody and some brass instruments to fill in space. Everything else is pretty standard across the board, slow piano pieces for more intimate scenes and the occasional gag sounds for the comedic relief.
Enjoyment:
Sunohara-sou no Kanrinin-san just ended last week and I already miss it, there is this warm fuzzy feeling you get while watching this show. It’s like laying in a kotatsu or underneath a blanket fresh out of the dryer. The characters and the nature of the show give it a very light-hearted feeling!
Overall: Score 9
Sunohara-sou no Kanrinin-san is both what I expected and also what I didn’t expect, a wonderful comedic show with a very homey feel. With a wonderful color palette and character designs topped with a solid soundtrack, Sunohara-sou no Kanrinin-san is definitely one of the favorites of the season!
Best Girl: Yamanashi Sumire
This was, genuinely, a very difficult decision. While all the girls are great and very cute in their own ways, I finally decided on Sumire. The combination of a cool personality but implodes on the thought of cute things was too powerful! 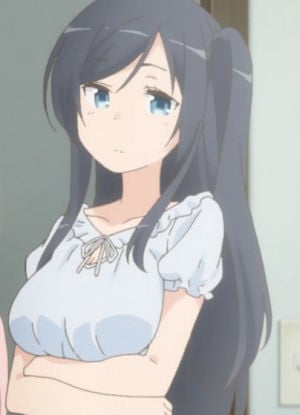