Joshikausei’s is like any other short anime out there, short and development doesn’t necessarily overlap with the next episode. The girl’s day to day like is amusing and innocent, making it an easy watch.

With only 3-minute episodes, you’d expect quality over quantity mentality while producing the show. While the ending animation looks great, the rest of the show feels stiff and rigid.

Character development wasn’t plentiful but it is enough to keep the audience interested in the characters. However; this is only done with flashbacks of each girls’ past with each other, while the girls themselves stay the same throughout the show.

The sound is also very limited and by limited I mean two songs. There is a song that plays in the background as the girls interact and then there is the ending song…and that’s about it. As for the voice acting, it was fun to hear the voice actors just use simple sounds and grunts to convey intentions so that’s was a plus!

It was really interesting to see how they would create a story without any dialogue. I had a lot of fun with the show but I just wished that there was more effort put into the show as it was short will very minimal requirements to get done.

While short and easy to watch, Joshikausei lacks the impacts it needs to be a memorable watch. The rough art, limited soundtrack, and static characters create a mundane show. 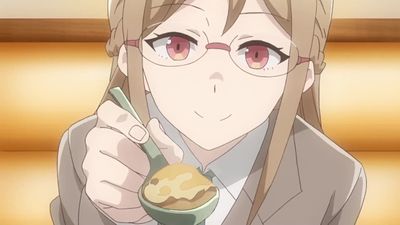 Out of all the girls, I really enjoyed her backstory and how she still wears the hair clip that Momoko repaired all those years ago.