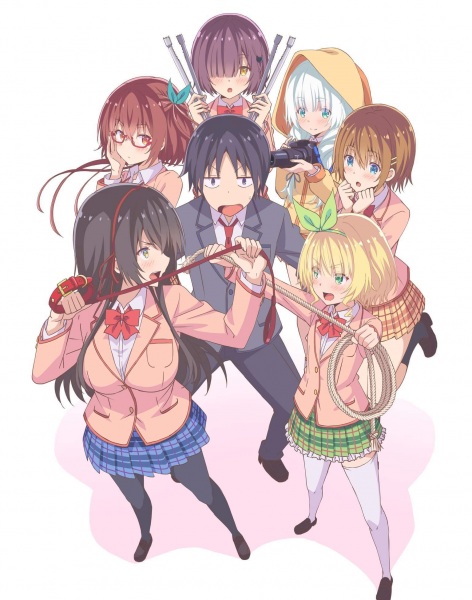 Pop Quiz! What’s better than getting a love letter at the height of your youth?

Answer: When it also comes with panties!

What a start to a show…really I don’t think I’ve seen anything quite like this. The art and character designs really compelling though, some of the in-between animations are in need of a little bit of spit shine.

As this is a waifu show, of course, we need to see all of them together! Again, it feels like the art is rough around the edges.

Awwww she wants a puppy! Me too, girl!

I say yes, but I’m sure there are a lot of people who aren’t into the ecchi scene and with that don’t watch this. But if you like to indulge in these shows from time to time (because same), I have a feeling that HenSuki will be an interesting watch!