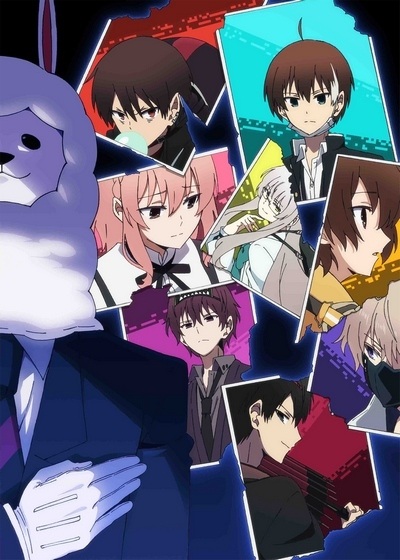 Alright, another anime to watch! I wonder wha-

WHY IS THERE A GIANT PANDA?!

Pandarou is a good boi and you can’t convince me ootherwise.

If this show wasn’t already strange enough for you…the host is an Alpaca with a suit.

And he doesn’t understand the concept of personal space…

AND IT’S A CUTIE ALERT!

I thought this show was about playing games not playing with the dead?!

….Just what did I watch? Normally I’d write about the anime along with the screenshots but this anime is so absurd there’s hardly any time in between strange events. But I actually enjoyed this first episode despite the sporadic elements throughout the episode. The art and animation are a bit flat to me but the story is so unique that I can’t help but want to watch more.

This one is out there in terms of story and predictability. Shows like this don’t come back often and it’ll be fun to see where this wild story will take us!