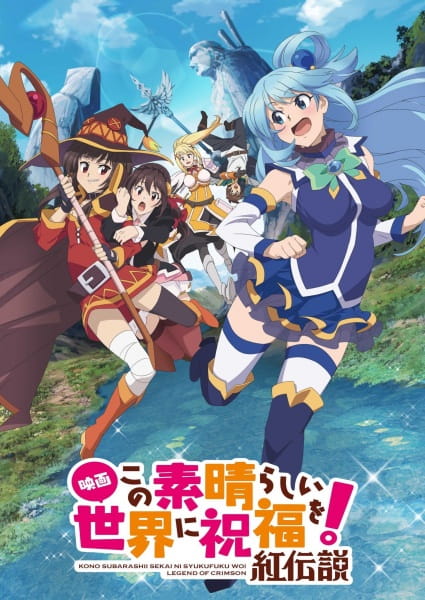 KonoSuba widely loved and known for its unorthodox take on your typical Isekai genre. The movie is a continuation from the previous season and introduction to the Crimson Demon Village where Megumin and YunYun originated from. The outrageous comedy that we all know and love is thrown at us tenfold. The movie is broken up into different segments and features quick intermissions throughout, where the characters say “KONOSUBA!” followed by a glimpse of the logo (much like the televised anime). The movie is a bit fast-paced and hits on plot point after plot point rather quickly, resulting in a slightly rushed storyline, although not so rushed that it ruins the experience of it.

There are FIVE EXPLOSIONS in the movie. I repeat, there are FIVE EXPLOSIONS. Long-time KonoSuba fans know that articulate animation that are associated with the infamous EXPLOSIONS. Overall, however, it is similar to what we’ve seen on the televised adaptation with slight improvements. Though the use of Sakuga, moments where the art and animation take a spike in quality (ex. Megumin’s EXPLOSIONS), are excellent and well used in areas other than battle scenes.

The soundtrack features a lot more epic orchestral pieces to accommodate for the quirky mages of the Crismon Demon Village. But the fun eccentric sounds from the televised anime still reside within the movie. A new soundtrack from our favorite girls as well as an ending theme from MACHICO, creates a fun-filled setlist for a fun-filled show.

I was lucky enough to get a ticket to see that movie in theaters and I have to say the reaction of the audience really made it that much better. The amount of screaming and laughter every time Kazuma would make a sleazy move was hysterical.

Kono Subarashii Sekai ni Shukufuku wo!: Kurenai Densetsu is successful in many ways as the sequel to the beloved TV show. With great character development for both Megumin and Yunyun as well as the introduction of the Crimson Demon Village, the movie unravels character origin stories as well as progress the main plotline of defeating the Demon Lord and his generals (unintentionally, of course).

As much as I love Darkness, Megumin, and Aqua, YunYun pulls a fast one and really stands out in this movie. Her normal, almost mundane, interactions with the other eccentric characters in the cast creates a lovely contrast creating interesting scenes one after another. And while it isn’t explicitly shown, her magical powers were built on hard work and dedication, which honestly is just the cherry on top for me. 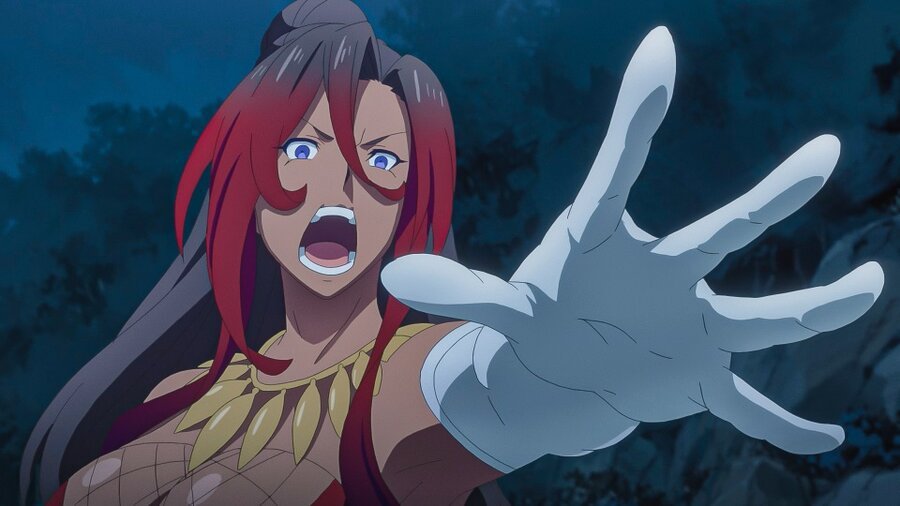 As the antagonist, Sylvia does her job well and creates an interesting dynamic throughout the movie. I had hoped to see her convert over to the good side much like Vanir…but well you’ll see. I love her character design and I wanted to see more of how she became a chimera but some things aren’t meant to be.