From the PV, 86 is quite an interesting story, a utopian society where war is fought with unmanned drone and the country lives in peace and harmony, or at least that’s what society tells you. Under the rose colored glasses is a much more gruesome truth where young soldiers man these mechs and fight for not the lives of the civilians but their own survival. Let’s dive in! 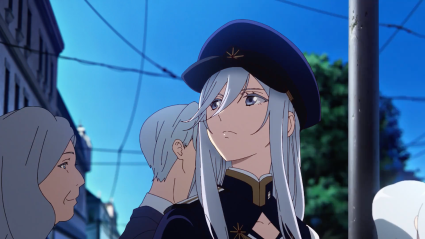 The Republic of San Magnolia is a beautiful country with an abundance of technology but what stood out to me was the citizens. Everyone has white hair and white eyes! These unique features differentiate the “civilians” from the “pigs” or the soldiers that are sent war unbeknownst to the rest of the country, aside from the military. What come about that segregated the people this way, why are the soldiers so young? Is it because none of them make it long enough to grow old? If so, how to that gain more soldiers? Lots of question and little answers this early in this show but it continues to keep me engaged! 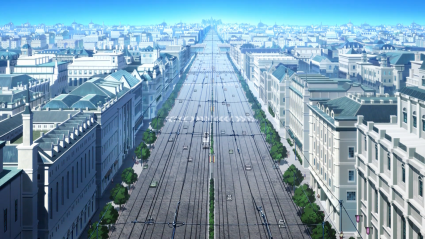 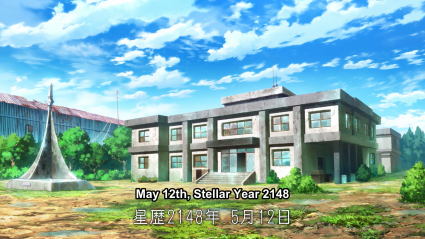 Backgrounds are an important aspect in anime as it details the kind of space and atmosphere the story will take place. The Republic of San Magnolia (the top two photos) and the base that Spearhead unit resides in (the bottom two photos) are two different worlds. The architecture of the city is articulate with a lot of decorative features and buildings have a tendency to stretch vertically, meaning money isn’t an issue and the city has a dense population. On the other hand, the base is practically falling apart as the Spearhead unit clean their own quarters and make their own rations. 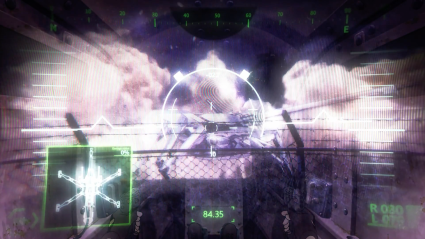 War is never a beautiful sight, always full of danger, fear, and pain. The color scheme plays an important role as it changes to fit the tone of the story. Bright white colors of the city quickly wash away as the blood stained mechs bulldoze through the dirt onto the next objective.

Vladilena (or Lena as everyone else calls her) is an interesting character as her values and ideology differs from those of her fellow citizens. The way she treats the soldiers with kindness (despite being told otherwise) is a wonderful trait that hopefully help those in the Spearhead Unit, if the Spearhead unit doesn’t drive her into insanity first. The Dynamic between Shinei and Lena will be a marvel to watch as two people from two completely different worlds. How will their bond strengthen?

It’s uncommon to see mech that don’t have have humanoid characteristics but I do enjoy the designs of these. The arachnid-like structure allows for good aerodynamics and great jumping abilities. Mount that with a big gun and you’re ready to take on the world, at least if you survive! I’m hoping to get more detail on the mech and see just what makes them function!

There’s a lot of good things happening just within this first episode, phenomenal background art, strong story development, and articulate mech designs! A story about those that are sheltered within the walls and those that are forced to survive beyond it. Don’t get attached to any of the characters…they may not be around for very long…