“A young villager named Kautsu comes upon a unique armor shop that only deals with a certain kind of equipment for female adventurers.” -Otona Bouguya-san (manga)

Otona Bouguya consists of short 5-minute episodes (3 minutes if you exclude the opening and ending sequence) about a very particular armor shop. While it’s extremely short the old rug aesthetic gives it a nice charm. As it’s a comedy and ecchi show there are a multitude of fourth wall breaks as well as fan service scenes which make for quite an entertaining show.

The art and animation were decent but choppy at times. It could’ve been a lot better considering that the episodes were so short. Not to mention the use of 8-bit art for at a third of the episodes.

While the story is very brief, Otono Bouguya gives us a good idea of who each character is, although more character development for the cast wouldn’t be so bad.

The soundtrack is a combination of your typical fantasy soundtrack and some 8-bit style songs. Both nostalgic and entertaining at the same time!

The old RPG style, references, and the ridiculous armor made this show a joy to watch.

Otona Bouguya-san will take you back to the 8-bit RPG days where the only attack options you had were a, b, and a+b! The decent art and nostalgic soundtrack is a joy, while the comedy will have you giggling every episode.

As the armor store’s Poster girl and one of only four girls in the entire show, Lili easily takes the best girl spot! Also being insanely powerful along with her compassionate personality, it’s hard to pick anyone else! 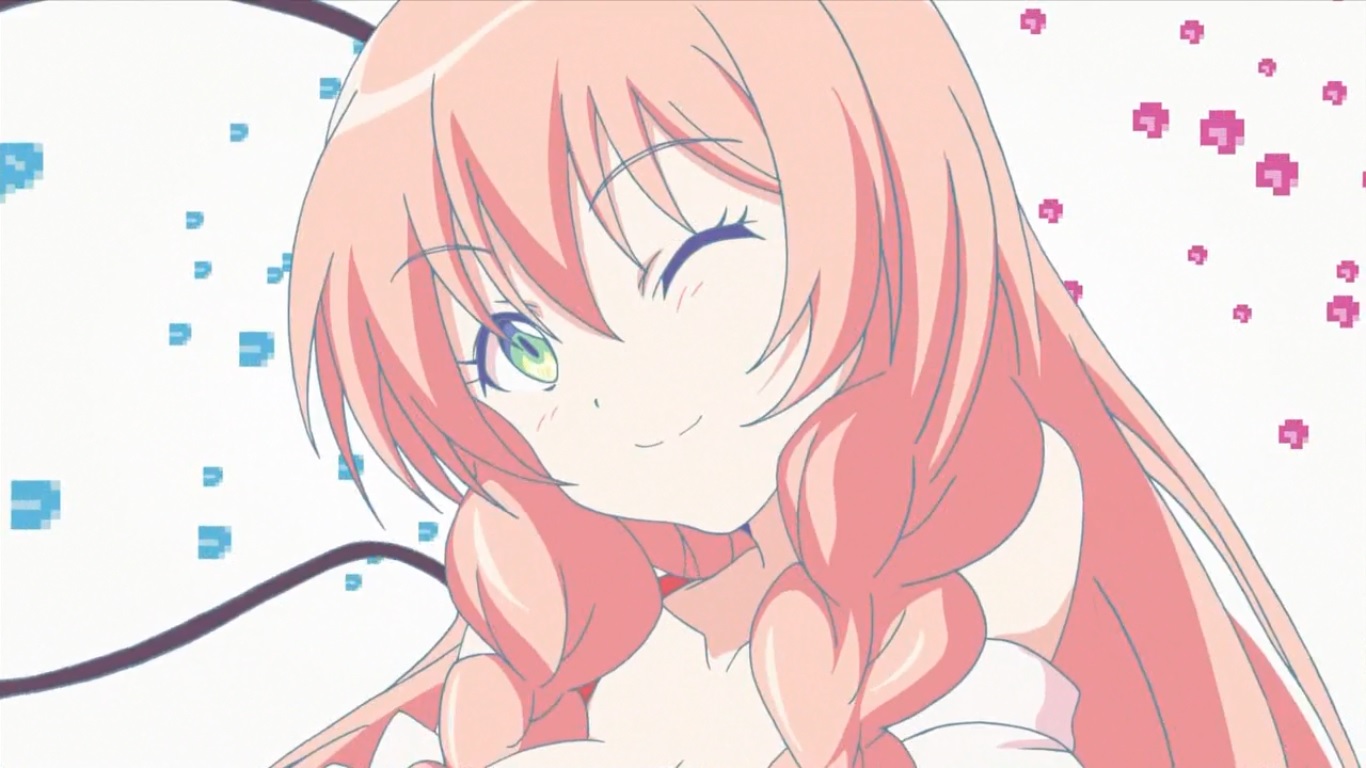