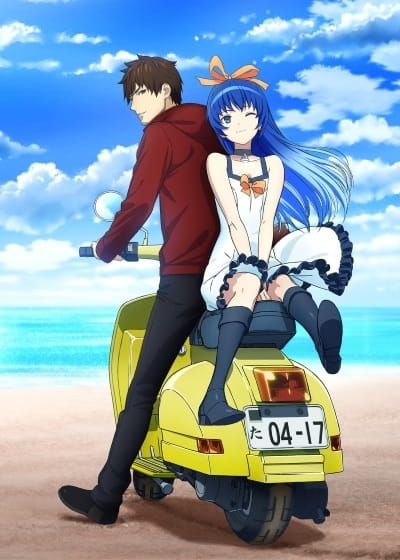 Shoumetsu Toshi’s story was a strange and confusing one. The first half of the show is more or less understandable but the second half when the plot twists start to “twist” things up creates several plot holes that are never really addressed. Being based on a game, I’m sure that there are a lot of details that we’re missing from the show. The way it was adapted gave us the bare minimum to understand the story. The show leaves us with an unsatisfying ending and a lot of missing puzzle pieces.

Madhouse is hands down one of my favorite animation studios right now. They’re articulate animation and the character design are usually the best of the best but I was let down by this show. The excessive use of CGI for simple background characters that fill up the foreground, middle ground, and background, as well as the more animation throughout the show really hindered my immersion.

The soundtrack is interesting, there are hints of the songs from the soundtrack of the game make an appearance within the show. As well as songs with vocals that would play during certain action scenes. While the songs have some depth and emotions attached to them, the show itself doesn’t capitalize on that and thus rendering them useless.

The first half had me really interested in how the story would develop, but as it dragged on it became harder and harder to stay up to date with the episodes. I think I stopped watching for a while and binged the last 5 episodes at once just to get it over with.

A major flop for Madhouse as Shoumetsu Toshi fails to appeal to the anime community. With rushed artwork and a story with a lot of plot holes and missing elements, Shoumetsu Toshi isn’t able to build the story and character that it needs to be engaging and memorable.

One of my favorite characters from the show, Yumiko is trustworthy and overall a very strong female character. Her relationship with Takuya is a bit fuzzy but the lengths that she goes to make sure he’s safe was interesting to watch.