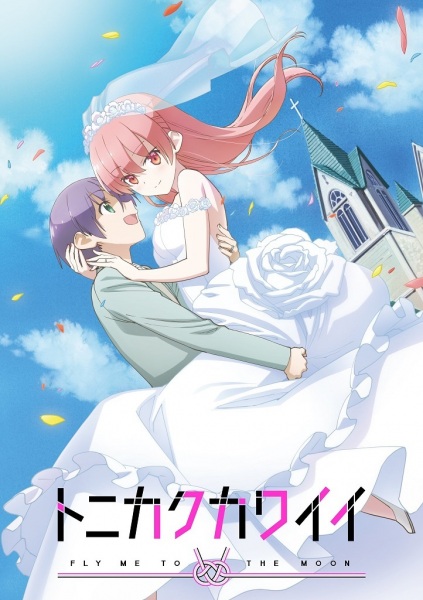 Love comes in all kinds of shapes and sizes but never has it been THIS CUTE. I’m very excited to start getting into the story (if you didn’t get that vibe from my Anime to Watch post…). Let’s dive in!

LOL! That’s one way to start a story! To be honest, I really like his name! I mean, Nasa written as “starry sky”? His parents birthed the best pun to ever exist. As funny as this is, it establishes Nasa’s personality and mannerism very early in the show. We can expect him to be a studious yet a little overconfident with a side of recklessness type of character (wait…isn’t that every main protagonist in an anime?!).

Could you say that this love hit him like a truck? Too soon? But aside from the “hit with a truck” cliche, the coloring really “hit” the spot. The cool colors to create the cold winter atmosphere which then gets contrasted by Tsukasa’s warm colors (from her hair, attire, and the hot coffee!). It’s a subtle detail but something that I really love seeing in anime. 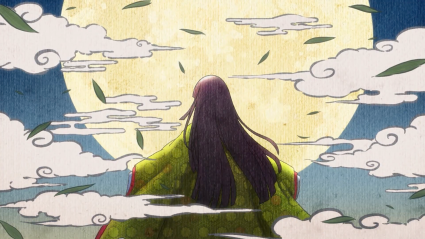 Kaguya-sama returning to the moon

The reference to Kaguya returning to moon is an interesting one. I haven’t read the manga so I have no idea what’s gonna happen but I have this weird feeling that (sorry for spoilers if I’m right lol) that Tsukasa is not of this planet? There are some hints here and there in the first episode. I could be wrong and she’s just a really assertive and determined girl, but something feels a little off? I don’t know…all I know is that she’s CUTE.

What reason to forget about getting hit by a truck and chasing after a girl, other than the fact that she’s CUTE?! The showcases a similar comedy style to Nichijou! There’s a similarity in the character designs as well, though Tonikaku Kawaii has a more structured story focusing on the two newly weds.

And just a little side note, YUNOMI wrote the opening for Tonikaku Kawaii and oh my god, it’s my favorite opening of the season! Notice the little details in the animation that work with the song itself (the ripple of water that match up with the ones in the song). UGH I can’t get over it, I love the fusion of traditional Japanese music sound with the electronic dance song and hard hitting trap drums!

If you needed a wholesome romantic comedy then this show will be right up your alley. With a comedic aesthetic similar to Nichijou, the show is very easy to get into and watch. There are a bunch of other reasons why you should be watching this show but the bottom line is…IT’S CUTE.

tagged with トニカクカワイイ, Fall 2020, Fly Me to the Moon, kiritosfirstimpressions, Tonikaku Kawaii, TONIKAWA: Over the Moon For You