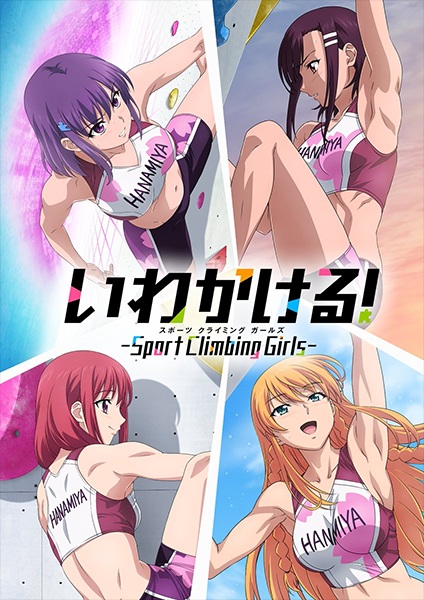 At this point, I’m neck deep into sports anime and an anime about literally any sport will grab my attention. I do find rock climbing an interesting sport, though I have no idea about the technicalities of it but I’m excited to learn! Let’s dive in!

The classic intro explaining the intensity and dedication that it requires to pursue the sport of rock climbing. Though what caught my eye was the first character that appears on the screen. She lacks a sort of anime aesthetic and that’s usually a hint that the character is based off of a real person! So I did a little bit of research…and it was! Noguchi Akiyo is indeed a Rock Climbing/Bouldering Olympic champion! Imagine have a cameo in an anime! I thought that was a cool bit for those that are familiar with the athletes. 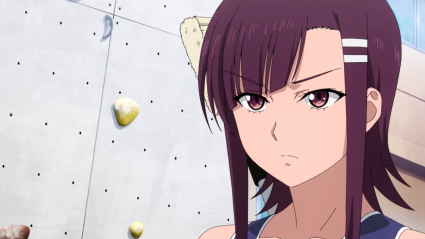 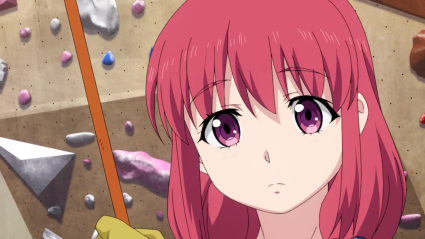 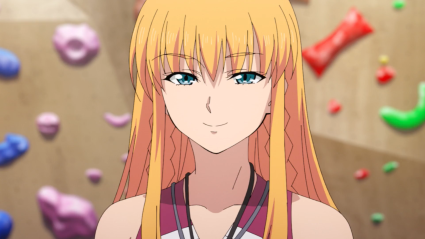 I’ve said it once and I’ll say it again, I LOVE the character designs! The lashes on the eyes, the shading and coloring of the hair, and the best part the muscle mass! It’s clear that Jun trains her body on a consistent basis, her abs are defined much more compared to the others. On the other hand Konomi has the typical anime body type, slender and a somewhat fit. I love the variation because it also contributes to their personality!

Paired with the great character design is the start studded voice cast! Uesaka Sumire, Ishikawa Yui, Tomita Miyu, Suzuki Aina, Tamura Yukari, and Koshimizu Ami JUST TO NAME A FEW. It’s hard to wrong with any of these voice actors and I’m excited to see how they bring the characters to life!

I like the way that Konomi has her eureka moment, when everything starts to click. As a hardcore gamer she uses gaming terminology and visuals as a way for her to understand concept of rock climbing. Will she be the only to have this type of mentality or will there be other characters that use similar metaphors to conquer the daunting rock wall?

And with that note, the episode ends! There wasn’t a lot happening in the episode but we have a general sense of the character personalities and the fundamentals of rock climbing. And in the next episode we’re in…a competition?!

Sports anime tend to be a hit no matter when sport it ends up being. The technicality of the dialogue and the dynamic artwork usually pulls in a good crowd. I wouldn’t be surprised if this was one of the favorites of the season. There is some awkward animation here and there but there are moments where it really shines. Time will tell if the consistency can stay the same throughout the season. I’m hoping that it doesn’t turn into another Hanebado.