“Touya Mochizuki is the unfortunate victim of a bolt of lightning thrown carelessly by God. Because he really wasn’t supposed to die at fifteen, God is willing to cut him a deal – Touya can be reborn, or rather, re-placed, at his present age in a new world in order to continue living. To sweeten things, the world will have magic, which Touya will be able to use, his physical abilities will get a boost, and he can bring any one thing with him. Touya opts to take his smartphone, which God kindly equips with the appropriate maps and translation functions for his new life. And that life looks like it’s going to go pretty well – within moments of awakening, Touya has been paid for his other-world clothes, formed a party with twins Elze and Linze, learned he can use all seven forms of magic, and introduced his new world to ice cream – and this is only the first day.” -ANN

Story:
As a huge fan of Isekai anime, I came into Isekai wa Smartphone to Tomo ni with very high expectations. From the synopsis, you probably already understand where the story is going. The story is as straightforward as it can get, there’s little to no threat to the Tomoya as everything is handed to him on a silver platter. Losing any sort of twist or danger, the story relies on ecchi and cliché harem situations to provide entertainment and interest.
Artwork & Animation:
As the source material is a light novel, there’s a lot more freedom for the character design compared to an anime adaptation of a manga. Even with more wiggle room, the character designs were only decent. The backgrounds were slightly better but the overall color palette was so limited that any drawing technique would look mundane.
Character(s):
The character personalities are the character tropes we all know and love, well in moderation. I don’t mind the use of common character tropes because it’s all about how they are developed and become their own unique personality. Comic Girls is a great example, the four main characters at first conform to the tomboy, otaku shut-in, ditzy food lover, and elegant senpai character trope but as the story progress and we see their development, they each become their own character rather than a copy and paste. Isekai wa Smartphone to Tomo ni lacks the character development that’s needed and therefore ends up with copy paste characters.
Sound (OST & Voice Acting):
Despite having an excellent voice acting cast, the dialogue and cliché scenarios dragged that down. The soundtrack is also very limited, only featuring a hand full of tracks.
Enjoyment:
It was entertaining at first, being aired right after KonoSuba it felt like it was a quick jab at Kazuma but as the show dragged on, the repeated gags become hard to watch.
Overall: Score 4
A straight forward story with no twist or turn with a set of popular character tropes. Decent art with a limited color palette and a cliché dialogue that could be featured in any other Isekai anime and it’d hardly make a difference.
Best Girl: Yumina
Yumina’s tendency to make situations more entertaining is the biggest reason why I liked her the most. Her straightforwardness and calm demeanor also work very well with her mischievous pranks. 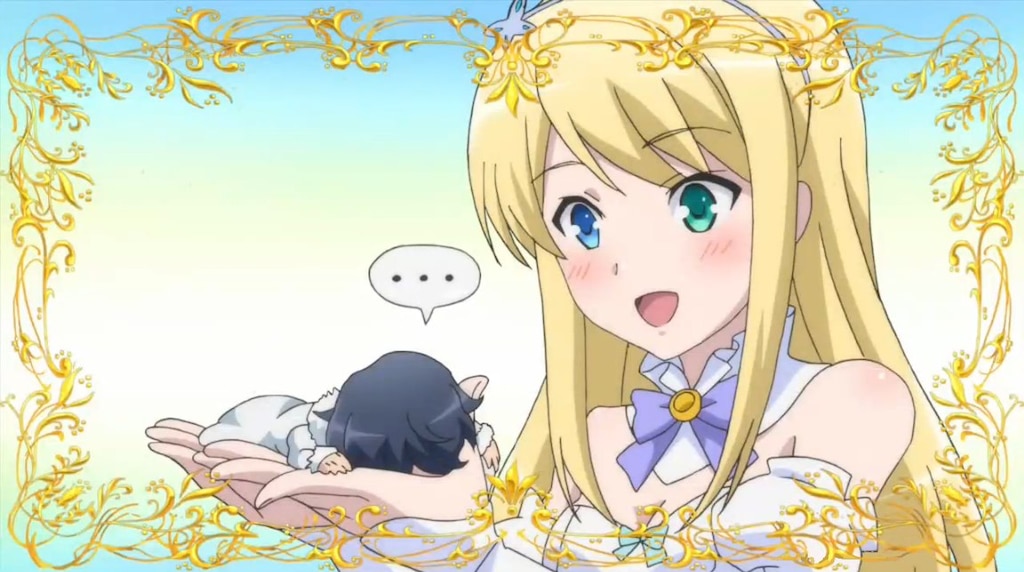 tagged with Anime review, 異世界はスマートフォンとともに。, In a Different World with a Smartphone., In Another World With My Smartphone, Isekai wa Smartphone to Tomo ni, Kiritoreviews