Posted on August 13, 2020 by KiritoNarukami 2 comments 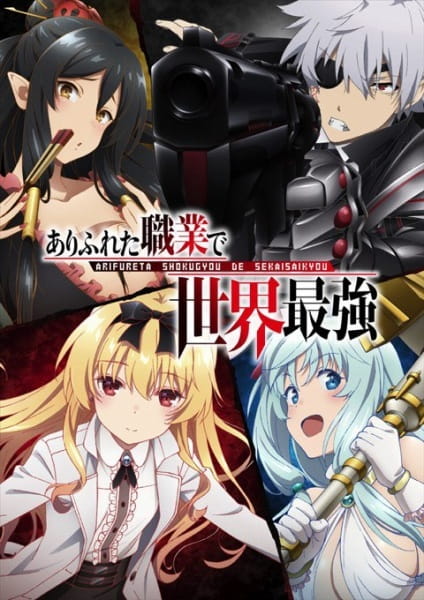 It’s been a HOT MINUTE since we’ve had an anti-hero anime to review! Arifureta Shokugyou de Sekai Saikyou is an interesting take on the anti-hero Isekai genre. Having been betrayed by one of his own classmates, Nagumo has to fend for himself in an unforgiving world that he was forced into. Seeing Nagumo claw and tear his way through the dungeon is a gruesome experience and changes him in more ways than one.

Hajime Nagumo at the beginning of Episode 1 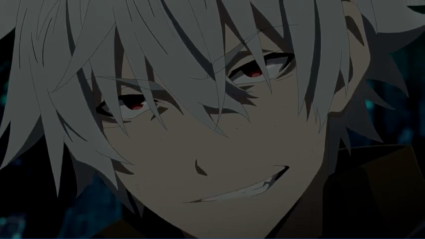 Hajime Nagumo at the end of Episode 1

There were a few parts in the story that are shoved into your face with no context and you just have to accept it as anime logic. For some, it can break the immersion of the story and others may ignore it entirely, really depends on how you enjoy watching anime. But while these plot points are somewhat irrational, it creates an interesting cascade effect throughout the show, ultimately pulling it away from what you thought it was at the beginning.

The biggest let down of this entire show was its art and animation. The most obvious clue is the mediocre CGI monsters. While not all of the monsters were drawn in CGI a little less than half of them were and they all stuck out like a sore thumb. The rough rendering and stiff movement make the monster feel obnoxiously out of place. Another setback is the color palette. While I do like pastel color palettes, there is a time and place for everything and the lightly colored characters were too bright with not enough contrast to the point where it was difficult to actually see the characters’ facial expressions. But from a conceptual standpoint, I think the character designs and the background are fantastic, not to mention the interesting combination of fantasy with modern weaponry.

Arifureta relies heavily on its characters to make up for some of the “anime logic” that occurs throughout the show, because who’s going to doubt a gun-wielding white hair man with a loli vampire and bunny girl with a big hammer? Not me! As ridiculous as they sound, Nagumo’s party creates a very homey atmosphere (even if it is a harem situation) and helps develops Nagumo’s character throughout the show. It isn’t a hero party if there aren’t a few quirky characters am I right? Aside from our main cast, the world of Arifureta home to a number of different people and creatures, all of which have their own customs and traditions. It was a great aspect that I didn’t expect the show to go into detail with.

Much like Nagumo’s unorthodox guns in this fantasy world, the soundtrack pulls influence from modern jazz and glitch-hop and incorporates it with daunting orchestral pieces. It’s a light reminder that our protagonist and the hero class aren’t from this world and creates a fun juxtaposition, in my personal opinion. But let’s not forget the opening theme FLARE by Void_Chords feat. LIO! To be honest, it’s all over the place but that’s what makes it so appealing! The long drawn out strings lead you to the bridge that breaks down the song with a trap beat followed by the chorus which is underlaid with a very sexy saxophone! As because I highly recommend giving it a listen…I’ll leave the link below!

Arifureta Shokugyou de Sekai Saikyou is one of those shows that is REALLY GOOD but also REALLY BAD and if you’re willing to bypass the negatives…man does the positives shine! An anti-hero story with lots of memorable characters with a drop of realism to keep you on your toes! Just don’t look too closely at those CGI monsters!

There are a good number of characters throughout the story of Arifureta, but I didn’t immediately get attached to any of them…until Shea that is! Everything from her design, to her fighting style and personality, is downright CUTE. Shea creates a really great dynamic and balances out Nagumo and Yua’s stoic nature.

While Nagumo is kicking butt and taking name, the hero class doesn’t do much outside of constantly visiting the same ruins that they always have. And within that group, there’s a particular character that always carries the team. Suzuki not only is one of the strongest members of the group she’s also the only with common sense to get through any situation. Her strong will and ability make her one of my favorite characters in the show.