Happy New Year everyone! I’m a little late on posting because I was road tripping around the United States and let me tell you, the wifi connections in hotels are AWFUL. Anyway, I’m finally settled in a spot with a decent connection so let’s get to typing!

END_OF_DOCUMENT_TOKEN_TO_BE_REPLACED

As 2018 comes to a close, I thought it would this would be a good time to reflect on the anime that we’ve seen so far this year!

END_OF_DOCUMENT_TOKEN_TO_BE_REPLACED 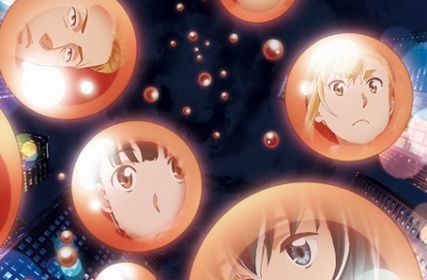 Hinamatsuri is one of the best anime I’ve seen in a long time. You get the story fluidity of a slice-of-life anime but the overall vibe of a comedy anime. The artwork and animation are incredible and well deserved.

END_OF_DOCUMENT_TOKEN_TO_BE_REPLACED

Nitta, a member of the Yakuza as well as a fan of vase collecting, has an eventful encounter…a strange cocoon-like object falls upon his head and inside was a young girl named Hina. She possesses strange powers like Telekinesis, which caused a lot of problems for Nitta as his entire vase collection was destroyed by said girl. If Hina doesn’t use her power regularly she risks the chance of going berserk and destroying the world. And thus began the daily struggle of Nitta and Hina’s lives together.