I hope that everyone is staying healthy and safe! With everything that is going on in the world, I figured it’d be a good time to list some shows that are coming up so that you can watch from the comfort of your home! I thought these were all super interesting and I’m really excited to see all of them here soon!

Also sorry everyone about the missing graphic…something went wrong with my adobe programs and now I can’t open any of my files…OTL. I will update when I can!

*Update* New graphic is up! Hope you all like it!

There are a number of P.A. Works anime that I’ve enjoyed….and there’s a number that I didn’t enjoy. Although from the preview alone it looks to be a very interesting show! I have always been fascinated with the Meiji Era of Japan and how it will be brought to life within the show. The characters are wild and wacky and overall it looks like a compelling show.

*After airing the 3rd episode Appare-Ranman! has been postponed until (TBD) due to the COVID-19 pandemic*

TRIGGER is back ladies and gentlemen! After the success of both SSSS.Gridman and the Promare movie, TRIGGER’s got a lot of momentum going into this anime season. On the surface, it looks like the art style and animation are returning to the style of Kill la Kill, which I am TOTALLY OK WITH. The story is mildly interesting but TRIGGER always finds a way to turn the plot on its head!

Oh man, this was completely unexpected! Who knew that Toei would bring back the original Digimon for an all-new adventure? I’m both excited and scared. I loved the original Digimon and can’t wait to see them in a new adventure…but how exactly will this fit in into the Digimon timeline? Regardless, I’ll be giving this one a watch just to see what’s up!

*After airing the 3rd episode Digimon Adventure: has been postponed until (TBD) due to the COVID-19 pandemic*

OF COURSE, I’LL BE WATCHING THIS. The first season of Fruits Basket was incredible, it brought all of the story elements and emotions from the original anime and more! The 2nd season, no doubt in my mind, will do the same!

I know I watch a lot of weird shows every now and then (alright EVERY season) but there’s a dark, ominous, (and cuddly) vibe about Gleipnir. I had butterflies in my stomach while I was watching the trailer, the cute yet deadly presence Gleipnir exude is intoxicating. I’m beyond excited to experience the weird and dark adventure that this will take us on. 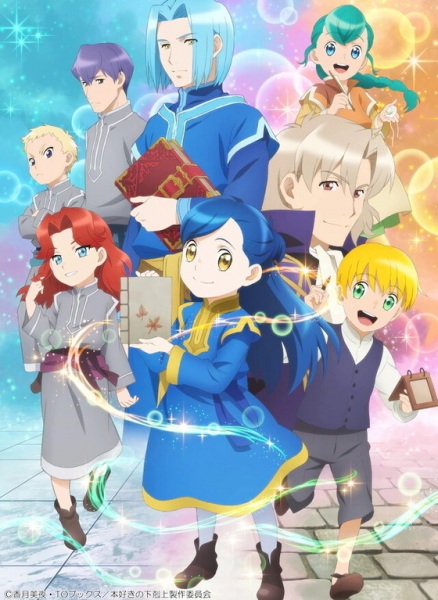 I, surprisingly, enjoyed the first season of Honzuki no Gekokujou! While the art and animation aren’t the best, the characters and the story development is good enough to pique my interest and keep my attention. It does take a bit of warming up before it gets interesting, so if that isn’t your cup of tea, then you should move on to the next show. 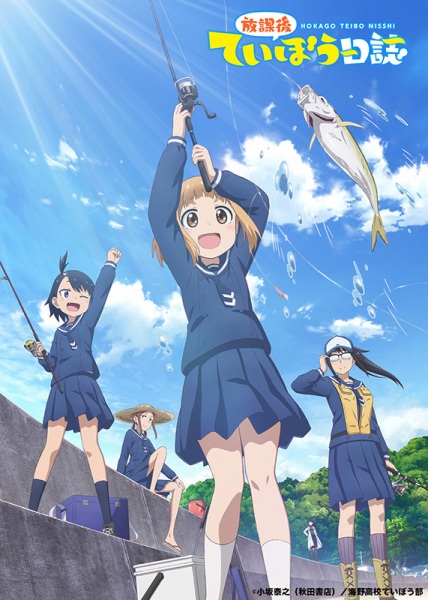 NOW, THIS. THIS IS SOMETHING THAT I NEVER KNEW I WANTED UNTIL JUST NOW. As a kid, my dad used to always take out to go fishing with him (more because he couldn’t leave at home alone not cause of quality family time lol). But because of that, I developed a love for aquatic life! Fish is a fun past time for me even if I don’t do it very often! I still remember the first time I caught a catfish with a sinker…but I digress! Houkago Teibou Nisshi, right off the bat, looks like a fun-filled show that’ll go into depth about fish as well as the fish that they catch. 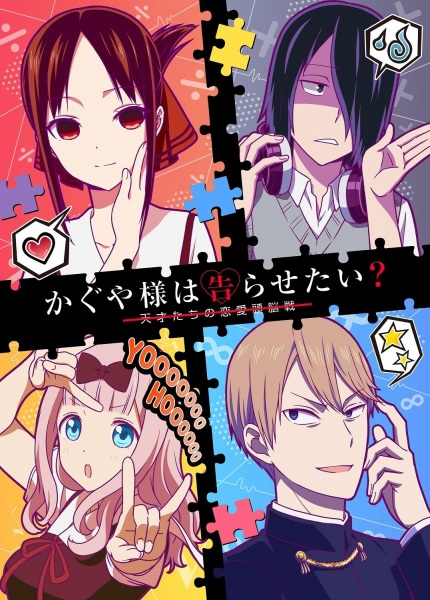 Ah yes! I’m sure we’ve all been sitting anticipation for this show! Kaguyasama returns with the beloved for more lovely shenanigan! And possibly another Chika ending dance? Let’s hope so!

Ugh, I’m such a sucker for family bonding type of shows…and this one looks like it’s right up my alley. The premise of the story had me laughing out loud for a couple of minutes when I read it. A wacky father trying his hardest to hide his vulgar creations from his pure daughter. There’s something heartwarming about that concept alone that immediately had me drawn to the show.

I’ve heard about Kami no Tou for a LONG TIME. I think my first year in college one of my friends mentioned it to me. I never got around to actually reading it though, even after all these years. I won’t be missing this one and you shouldn’t either! This is going to be the Demon Slayer of the season, so don’t sleep on this!

There were a lot of words that were running through my mind when I was watching the trailer for Listeners, but the word that stuck out the most was EXPLOSIVE. The dynamic nature of the show, characters, and artwork really made an impact and while the story is a bit far-fetched the art and characters alone already have me hooked on it. I think this is going to be one of my favorites of the season! 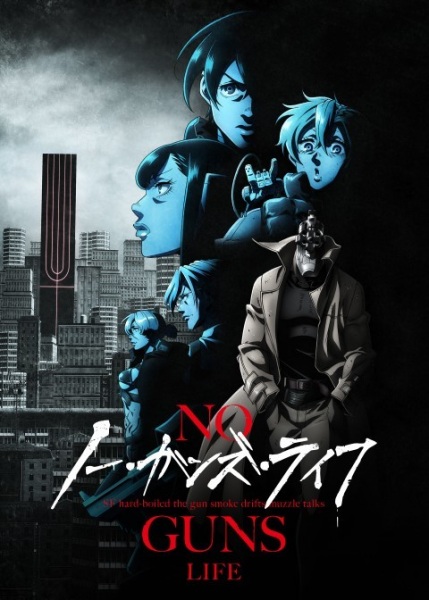 As a fan and player of the Mobile game, I am beyond excited to see the anime! And while the game does include 2D animated cut scenes, the game has yet to be localized so they’re all in Japanese and I’m not proficient enough to get the small details in the story. I’m hoping that the anime will take the story from the beginning and truly be an anime adaptation rather than a supplemental to the game.

The trailer alone had me laughing until I couldn’t breathe! Shachou, Battle no Jikan Desu is a based off of a mobile game of the same name. While I’m not sure of the gameplay mechanics and how the anime integrates those things, I do know that the character designs and comedy are right up my alley. I’m really anticipating this one to be good!

Shokugeki no Souma: Gou no Sara 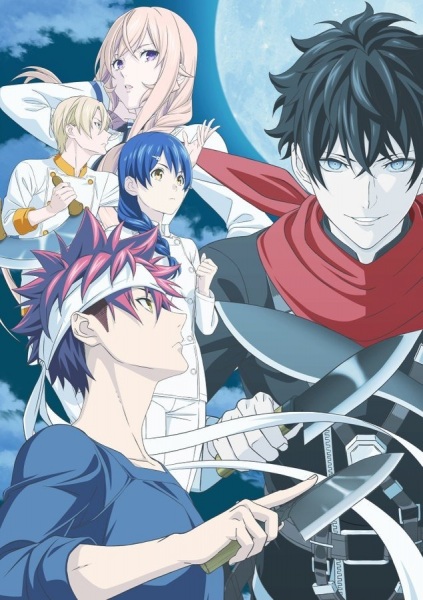 Shokugeki no Souma is back at it again with the fifth season! Though let’s hope that J.C. Staff takes a hint and slows down the story a little bit. I really hated that the previous season was so wasted because of the constant skipping of the little details in the show. They cook, the judges eat, food explanation and with very minimal detail. Using a lot of generic backgrounds as filler and such.

*After airing the 3rd episode Shokugeki no Soma: Gou no Sara has been postponed until (TBD) due to the COVID-19 pandemic* 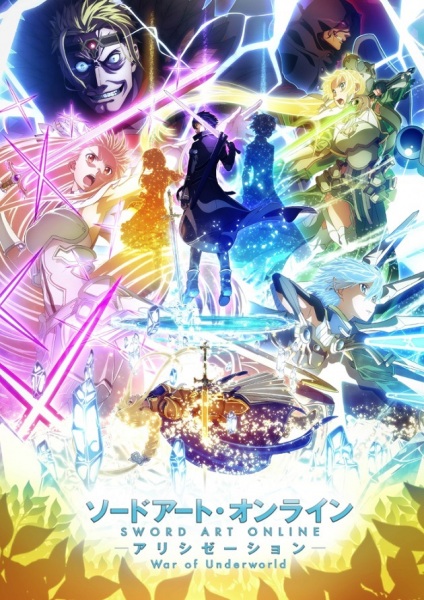 *Sword Art Online: Alicization – War of the Underworld has been postponed until July 2020 due to the COVID-19 pandemic* 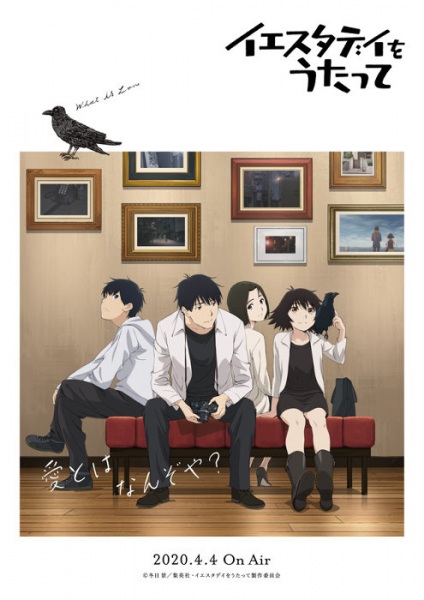 There are scarcely any anime shows that feature characters that are in college, or hell outside of K-12. So shows that feature older characters have a charm that I can’t resist. From the series of key visuals and the quick preview itself, I really like the direction that the show is going. It’s slow and gentle, almost like floating on a tube down the lazy river or stream. I’m hoping there’s a bigger message behind the scenes but who knows. Either way, I’m looking forward to meeting the characters and seeing where the story takes us.

And that’s all that I’ll be watching this upcoming season!

Did I miss a show that I should be watching?

What are you most excited for in the upcoming season?

Let me know in the comments down below!